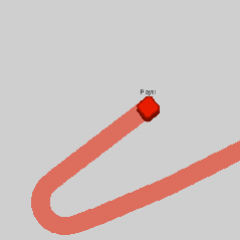 Our favorite burglar returns in Bob the Robber 4: Season 3! Bob is now a well-known thief who is well-known around the world. And in this episode of the popular series, he travels to Japan to prove that his reputation is well-deserved. However, because his notoriety precedes him, the Japanese have taken many efforts to prevent him from continuing. Are you up for a task that is even more demanding than the previous games in this series?

It's a new day, a new country, and there's new loot to be had... All it takes to put Bob in a good mood is that. But things are going to be a little more challenging this time. That is why he requires your assistance. So grab your eye patch and let's get this party started. The goal is to complete each stage while stealing everything right in front of the guards' eyes. Each level has a slew of challenges in store for you. Security cameras, guards, mummies, and lasers should all be avoided. By deactivating the cameras and lasers, knocking down the guards, and unlocking locked doors, you can avoid being captured. To avoid being seen, you can hide in the shadows. To get out of the building, steal the artefact and locate a way out. After each level, you may unlock new outfits that grant you exceptional abilities. Best of luck!

You can use arrow keys to play this game